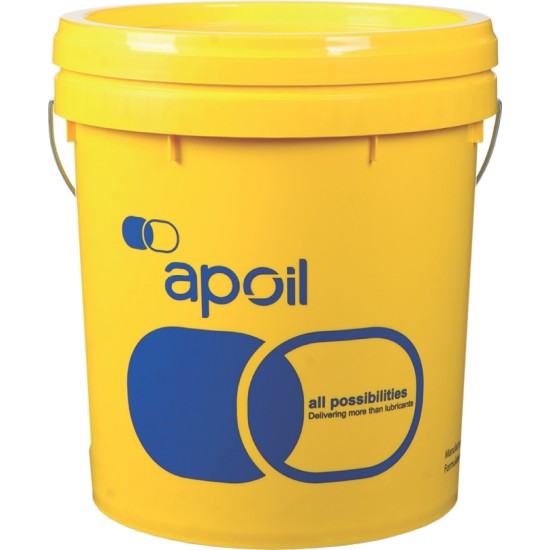 AP LITHIUM COMPLEX GREASE - 15 KG is a  semisolid lubricant formed as a dispersion of thickening agents in a liquid lubricant. Grease generally consists of a soap emulsified with mineral or vegetable oil.

A common feature of greases is that they possess a high initial viscosity, which upon the application of shear, drops to give the effect of an oil-lubricated bearing of approximately the same viscosity as the base oil used in the grease. This change in viscosity is called shear thinning. Grease is sometimes used to describe lubricating materials that are simply soft solids or high viscosity liquids, but these materials do not exhibit the shear-thinning properties characteristic of the classical grease. For example, petroleum jellies such as Vaseline are not generally classified as greases.

Greases are applied to mechanisms that can be lubricated only infrequently and where a lubricating oil would not stay in position. They also act as sealants to prevent ingress of water and incompressible materials. Grease-lubricated bearings have greater frictional characteristics because of their high viscosity.

Lorem Ipsum is simply dummy text of the printing and typesetting industry. Lorem Ipsum has been the industry's standard dummy text ever since the 1500s, when an unknown printer took a galley of type and scrambled it to make a type specimen book.